skip to main | skip to sidebar


12/4/10 - The first major snow storm rolled into Wisconsin yesterday afternoon dumping as much as six-inches in some places overnight. We haven’t seen those types of accumulations in our area, but several inches have fallen, leaving roads a bit slippery this morning. Forecasters say before the storm moves out later today we should see snow totals of 3-5 inches. And as the storm continues to the east we’ll see some really cold weather move in, with high temps struggling to reach the 20-degree mark over the next four days. If you are planning to travel today the state DOT recommends checking out the latest road conditions by logging on to 511WI.gov or by calling 511.

It’s Christmas Time In The City of Beaver Dam

12/4/10 - There is a full schedule of Christmas activities planned in Beaver Dam this weekend. It’ll be a Jazzy Christmas at the Beaver Dam Area Community Theater today (Sat) as the groups “Take Note” and “The Little Big Band” will be performing holiday favorites. Show times are 3pm and 8pm. Tickets are $10 for adults and $5 for kids. The Dodge County Historical Society at 105 Park Avenue will host their annual Holiday Open House from 1pm to 7pm today. The museum, which dates back to 1890, will feature special historic holiday displays and treats and an opportunity for kids to make a special ornament for the museums tree. The Beaver Dam Chamber will once again host their annual Holiday Open House and Downtown Tree Lighting today. The Chamber is offering free hot chocolate and cookies from 4:30pm to 5:45pm, which is when the Spruce on Spring Street in front of the Chamber will be lit by the mayor. Three dozen floats are signed-up for the holiday parade, which gets underway at 6pm in downtown Beaver Dam and will be broadcast live on WBEV 1430AM. The parade begins at the corner of Front and Center and will continue through downtown Beaver Dam to Park Avenue, Vita Avenue and Mill Street. Tomorrow (Sun), the Salvation Army is hosting their new “Red Kettle Concert” beginning at 4pm in the Beaver Dam High School Auditorium. The 90-minute concert will feature the Beaver Dam Middle School Jazz Choir, the High School SWAZZ group and vocal choirs from three area churches.

12/4/10 - One of the two Cascade men accused of burglarizing the Bottom’s Up Tavern in Mayville last year was in court Friday. 28-year-old Charles Sramek waived his right to a preliminary hearing and will proceed to trial on a felony count of Burglary and a misdemeanor charge of Theft of Movable Property. In August, 24-year-old Tyler Diedrich of Cascade pleaded no contest to felony burglary and was sentenced to two years in prison and ordered to pay $3,000 in restitution. Sramek allegedly broke into the tavern in March of 2009 with Diedrich and stole about $1000 in cash. Sramek has an arraignment hearing later this month.

12/4/10 - State Representative Jeff Wood has pleaded innocent in his third-and-final case of intoxicated driving over the last two years. The 41-year-old independent from Chippewa Falls entered his pleas in Monroe County Circuit Court, after he waived his right to a preliminary hearing on a felony charge of O-W-I. He’s also charged with misdemeanor bail jumping, for breaking the terms of a bond connected with his two other O-W-I cases – which have since been settled. Wood was jailed with work release privileges for his convictions on reduced misdemeanor charges in Columbia and Marathon counties. The Monroe County case stems from allegations that he drove erratically in Tomah last year. Wood is wrapping up eight years in the Wisconsin Assembly. He did not run for re-election this fall.

12/4/10 - A judge has told the Texas Roadhouse in West Bend to pay 100-thousand-dollars as punishment for letting a cook put parts of his hair inside a man’s steak. A jury had awarded Kevin Hansen a total of 129-thousand dollars, after he complained about a steak he was served in 2008 – and he was promised a second one. But the cook, Ryan Kropp, reportedly told police Hansen was just trying to get free stuff – so he jammed a wad of his facial hair in the second steak. A co-worker told police it was actually pubic hair. Kropp was given six months in jail plus probation for a criminal conviction. And the restaurant was sued in a civil case that Hansen won. But Texas Roadhouse said the diner was only entitled to 45-hundred-dollars in medical bills and lost wages, because the jury did not find the restaurant negligent. But Washington County Circuit Judge Andrew Gonring upheld the punitive damages this week, saying the jury wanted to punish the restaurant for not disciplining Kropp sooner. Hansen said the cook had placed hairs in two other steaks previously. The restaurant says it’s considering an appeal.

12/4/10 - A Waupun woman, who allegedly bragged about beating up a 17-year-old girl on her Facebook account, was charged this week in Fond du Lac County. 18-year-old Angela R. Miller made her initial appearance on a felony count of substantial battery and disorderly conduct. According to the criminal complaint, police were called to a gas station in Waupun on Thanksgiving after two females were seen fighting. A witness says as the victim was walking out of the gas station Miller allegedly grabbed the girl, punched her in the face numerous times before pushing her to ground where she began kicking her. The complaint says Miller then drove off with a friend and sent a text message to the 17-year-old that said, “I didn’t even do the damage I could of.” She also later posted on her Facebook account that the girl “had it coming”. The complaint states that Miller was apparently upset with the girl for a relationship she was having with Millers ex-boyfriend. As a result of the fight, the 17-year-old girl suffered a concussion and some bleeding on the brain, along with a fractured jaw. Miller is due in court again later this month.

12/4/10 - Governor Doyle has appointed a new prosecutor for Calumet County. She's attorney Jerilyn Dietz, who will take over the job that used to be held by D-A Ken Kratz. Kratz resigned after admitting he sent suggestive text messages to the victim of a crime in a trial he was prosecuting. Four other women have also accused Kratz of making inappropriate come-ons toward them during his time as district attorney. Dietz was the victim of a sexual assault in the past, and said she felt called to take the D-A job in Calumet County when it became available.

12/4/10 - November’s traffic deaths in Wisconsin were the lowest for the month since World War Two. The D-O-T said 41 people were killed in 37 crashes last month. That’s 14 fewer than November of last year, and 16 less than the average for the past five years. Thanksgiving traffic deaths were also down from a year ago. The D-O-T said five motorists were killed during the four-and-a-half-day holiday period. That’s down from 12 deaths the previous Thanksgiving. For the year as a whole, 523 people have been killed in Wisconsin crashes. That’s 24 higher than the year before, but 102 fewer than the five-year average. In Dodge County, there have been seven people killed in crashes this year.

12/4/10 - Winter parking rules in Beaver Dam are in effect. Beaver Dam Mayor Tom Kennedy says the parking prohibition begins once the snowplows come out. No parking is allowed on city streets between 2am and 6am, so that the Department of Public Works can clear the snow. Citations will be issued for violations and begin at $20 if the ticket is paid within 24 hours. After that, it’ll cost you $40. The parking ban will remain in effect unless it is announced that the ban has been temporarily or permanently lifted.
at 7:51 AM 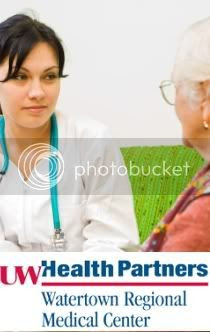